There are a lot of useful features in Visual Studio, but you often do not know what you do not know.

To change this go to Tools –> Options and select Debugging > General options. Scroll down until you find the Bring Visual Studio to the foreground when breaking in the debugger and unselect it (selected by default). 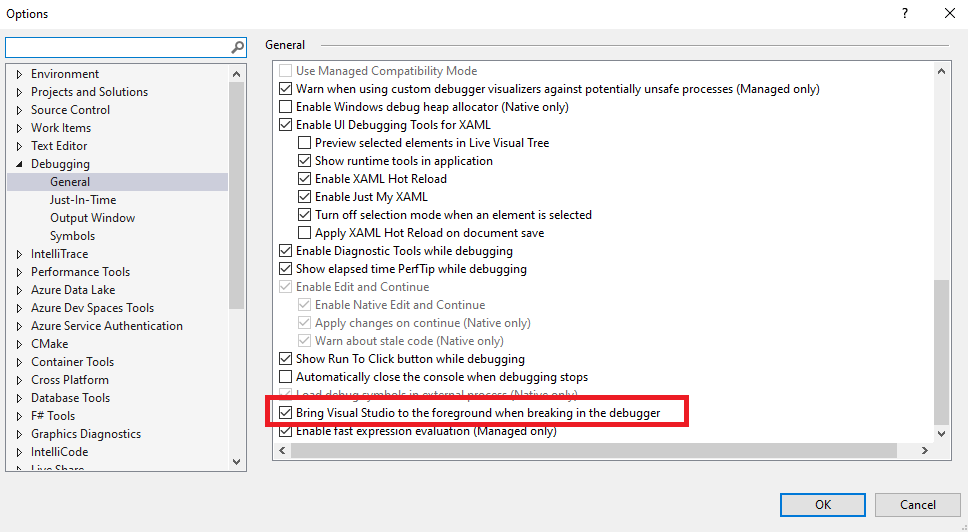 More generally my advice is to check the General > Debugging list (which updates periodically) for the selections that make the most sense for the way you want to use Visual Studio.

Mark Downie (July 14, 2020 9:13)
@Dibyendu Visual Studio has so many of these hidden gems, I could blog about new features I find all the time 😀